RELAX WITH GERSHWIN is a follow-up to Alan Durman’s previous three successful world premiere ‘GERSHWIN: PIANO SELECTIONS’ CDs, which have been featured on Classic FM.

This time, Alan Durman wanted a Gershwin album that was ‘chilled’- suitable for dinner parties or relaxation. So he assembled a list of his favourite quieter Gershwin moments and recorded it on his own record label. It was released (download only from Itunes, Spotify, Amazon, etc) on Gershwin’s 119th birthday – September 26th, 2017!

Beginning with popular songs inserted into musical revues, he went on to write scores for musicals, films and full-scale concert works. He had a natural gift for melody, combined with inspired countermelodies and shifting harmonies comparable to those of Chopin, with great enthusiasm for the ‘pep’ and vitality of the jazz age… read more 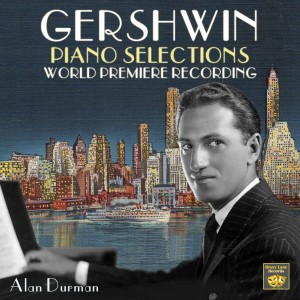 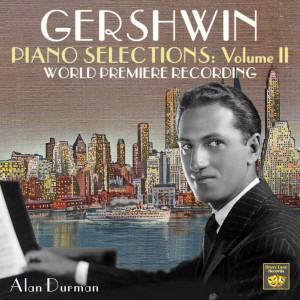 What people are saying:

“Alan Durman is very proficient as a Gershwin exponent…

It’s like sitting in a superior piano bar hearing Alan play and I hope that this will be a very successful issue for him.”

“(A) Brilliant idea….beautiful performances that sound so deliciously authentic.’