Alan Durman performs a one-man show to launch his book ‘An American in London’ and CD: ‘British Piano Selections’ at the Courtyard Theatre, Hereford on 25th January, 2014 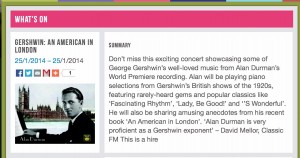 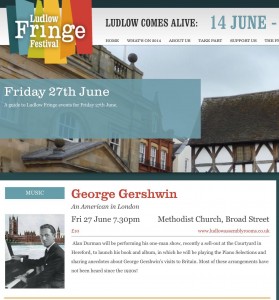 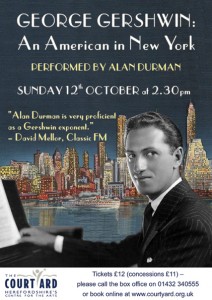 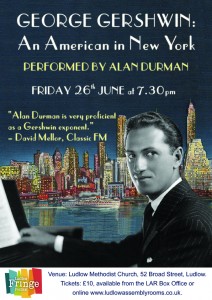 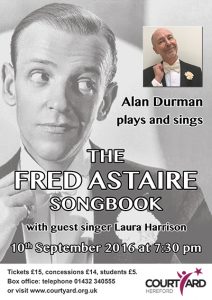 Alan repeats his first one-man show ‘An American in London’ at the Assembly Rooms, Faversham on 24th May, 2017 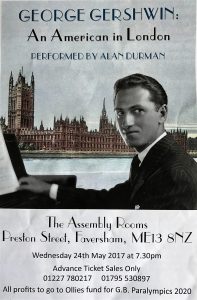 Alan repeats his Fred Astaire show ‘The Fred Astaire Songbook’ at the Assembly Rooms, Faversham on 2nd May, 2018 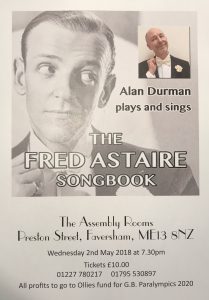