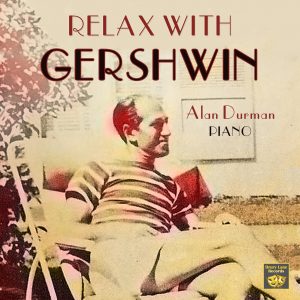 1 Lullaby This was written as a string quartet exercise sometime between 1919 and 1920, but was unfinished. The theme appears in George’s early opera ‘Blue Monday’. This is my version.

2 Do It Again (1922)   This song was composed in 1922 for saucy French songstress, Irene Bordoni. Here we have George’s ‘Songbook’ arrangement from 1932; one chorus is too short, so I have repeated it.

3 Irish Waltz   Also known as ‘Three Quarter Blues’, this piece was written in the early 1920s.

7 Themes from Concerto in F (1st Movement) (1925)   George was commissioned to write his concerto by Walter Damrosch and the New York Symphony Society in 1925.

8 Themes from Concerto in F (2nd Movement) (1925)   George recorded a portion of the second movement for his radio programme, broadcast on April 7, 1935.

10 Maybe (1926) This version of the song, from the musical comedy ‘Oh, Kay!’, was recorded by George in New York on November 11, 1926, and meticulously transcribed by Artis Woodhouse.

12 Prelude No 2 (1926) George published his set of three Preludes in 1926. It was this Prelude which introduced me to the music of Gershwin.

19 Sleepless Night  This melody in fragmentary form appears in a 1924 notebook, but it was composed in 1936 in Beverly Hills. Kay Swift also prepared it to become a song, but, in the end, Ira decided to leave it without words.

20 Walking the Dog (1937) Although George was told not to “bother with the background music” for the Fred Astaire and Ginger Rogers musical film, ‘Shall We Dance’, he replied that he WANTED to bother and composed this piece for a scene on the promenade deck of a ship. It is now one of his most popular pieces.

21 Melody No 40   This is a haunting unpublished melody found among the manuscripts left by George Gershwin.

This time, Alan Durman wanted a Gershwin album that was ‘chilled’- suitable for dinner parties or relaxation. So he assembled a list of his favourite quieter Gershwin moments and recorded it on his own record label.